The garment and textile industry employs approximately 75 million people worldwide—that’s 1% of the world’s total population, with women forming 75% of the global workforce.

In countries like Bangladesh, India, and China, the industry has served as a stepping stone to development. For example, as a result of the booming garment industry in Bangladesh, that country's economy has grown at a rate of 5-6% each year since 1996, and this growth has been accompanied by significant poverty reduction and sustained progress on many human development indicators. However, these advances have come at a price. Workers in the garment and textile industry often work 10-16 hour days, six days a week, for poverty-level wages. In fact, it’s been reported that garment workers receive only 0.6% of the cost of a standard t-shirt.

The Global Living Wage Coalition members, and in particular, Fairtrade International, GoodWeave International, and Social Accountability International, are working closely with stakeholders in the textile and garment industry to better understand the drivers of low wages and identify pathways for wage improvements for garment workers. 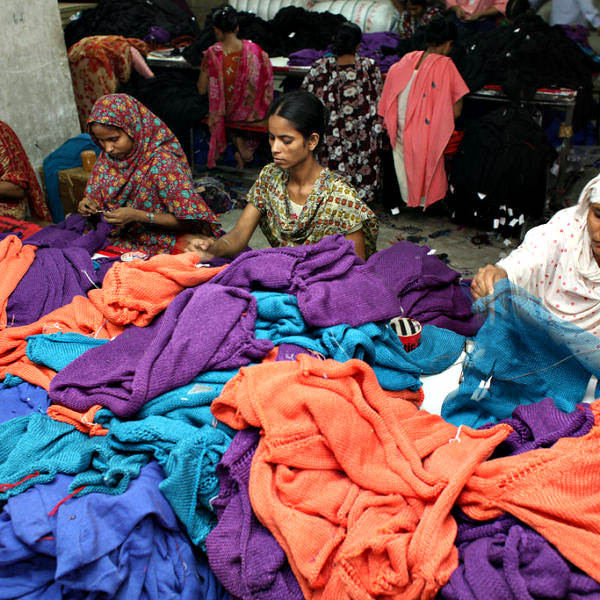 Work in Garment / Textile wouldn't be possible without the support of our partners:

In partnership with ISEAL and Richard Anker and Martha Anker, the following organizations have come together to form the Coalition:

We have recently changed the way we update our living wage estimates. Read more.